Some time ago I got a beautiful Scolymia from a friend, who said it would not do well. I expected the worst, because especially damaged Scolymia corals usually die from damaged tissue. So I asked to pass it to my tank quickly.

The coral arrived in miserable condition, because the entire mouth was missing. Unfortunately my friend’s tangle fish picked it and obviously the mouth opening tastes delicious. I thought the worst and expected fast loss of tissue overnight, I just could not imagine that the LPS would survive a missing mouth. 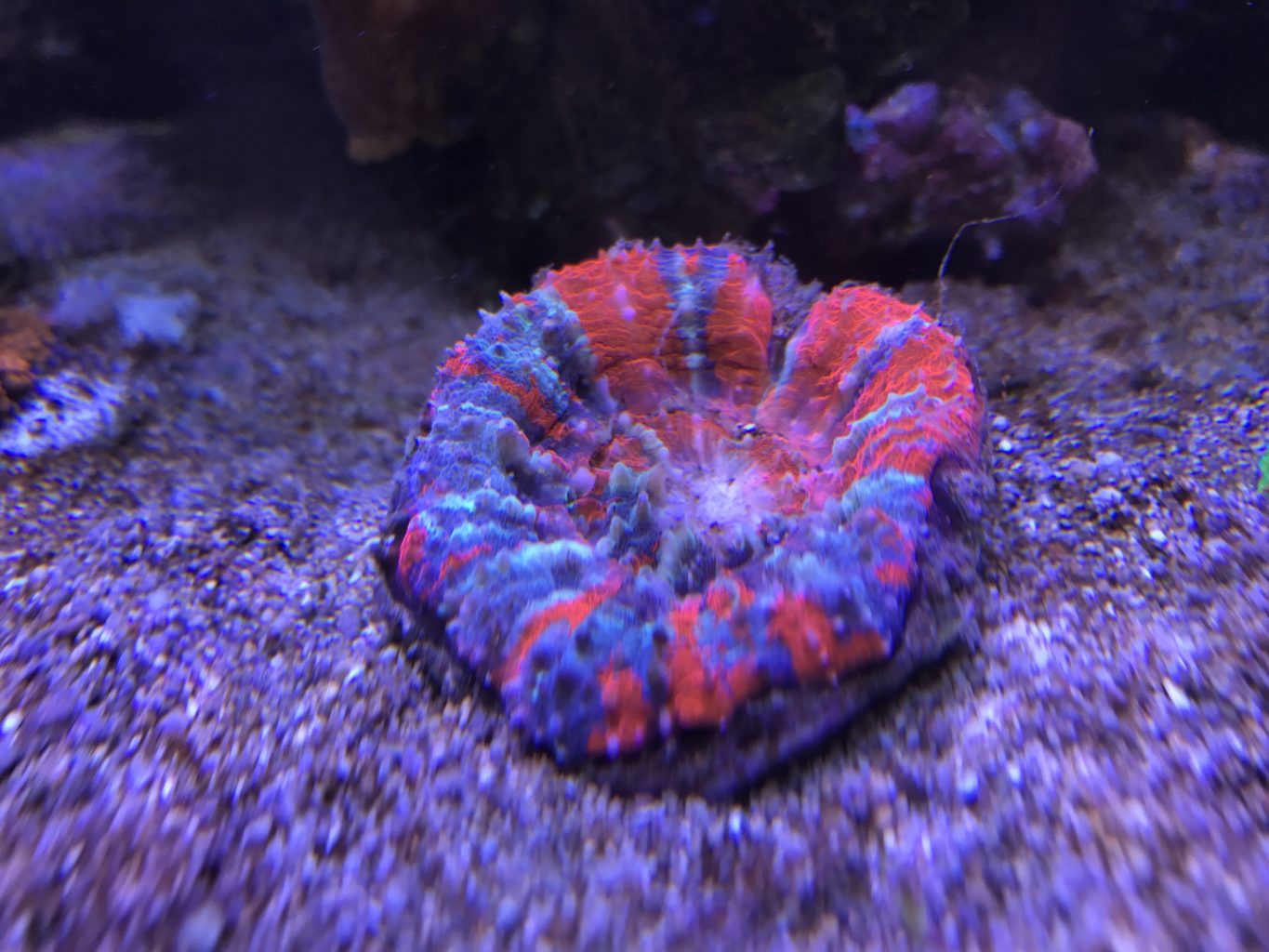 Nevertheless, I made a honey dip and hoped the best. The recipe for a honey bath: Half a spoon of honey with 5 drops of NYOS Aminos and 5 drops of NYOS Coral Nectar (my daily ration at 500l, so I can use the mix after the dip for my tank), dip the coral for 20-30 minutes and return it back in the basitank 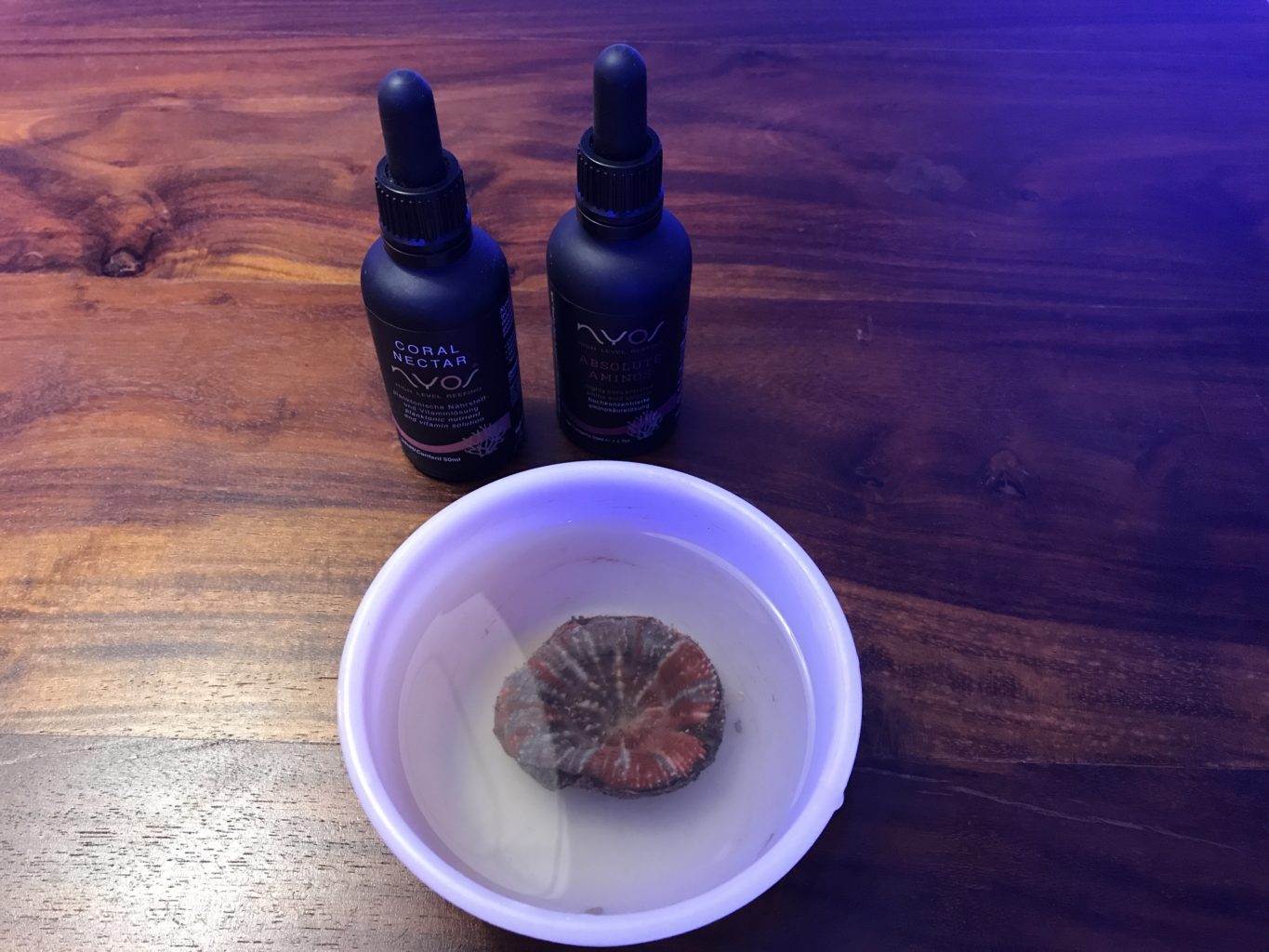 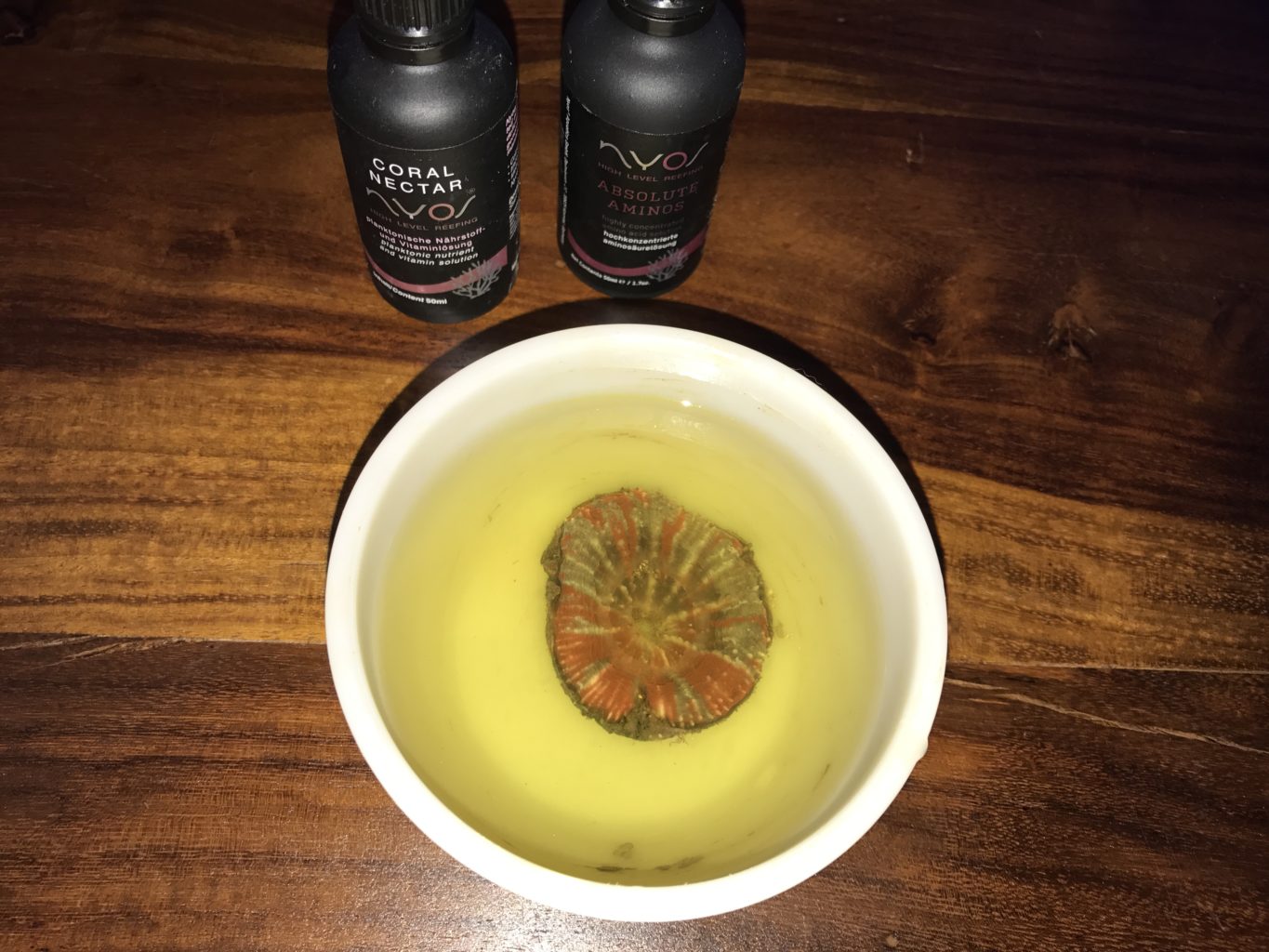 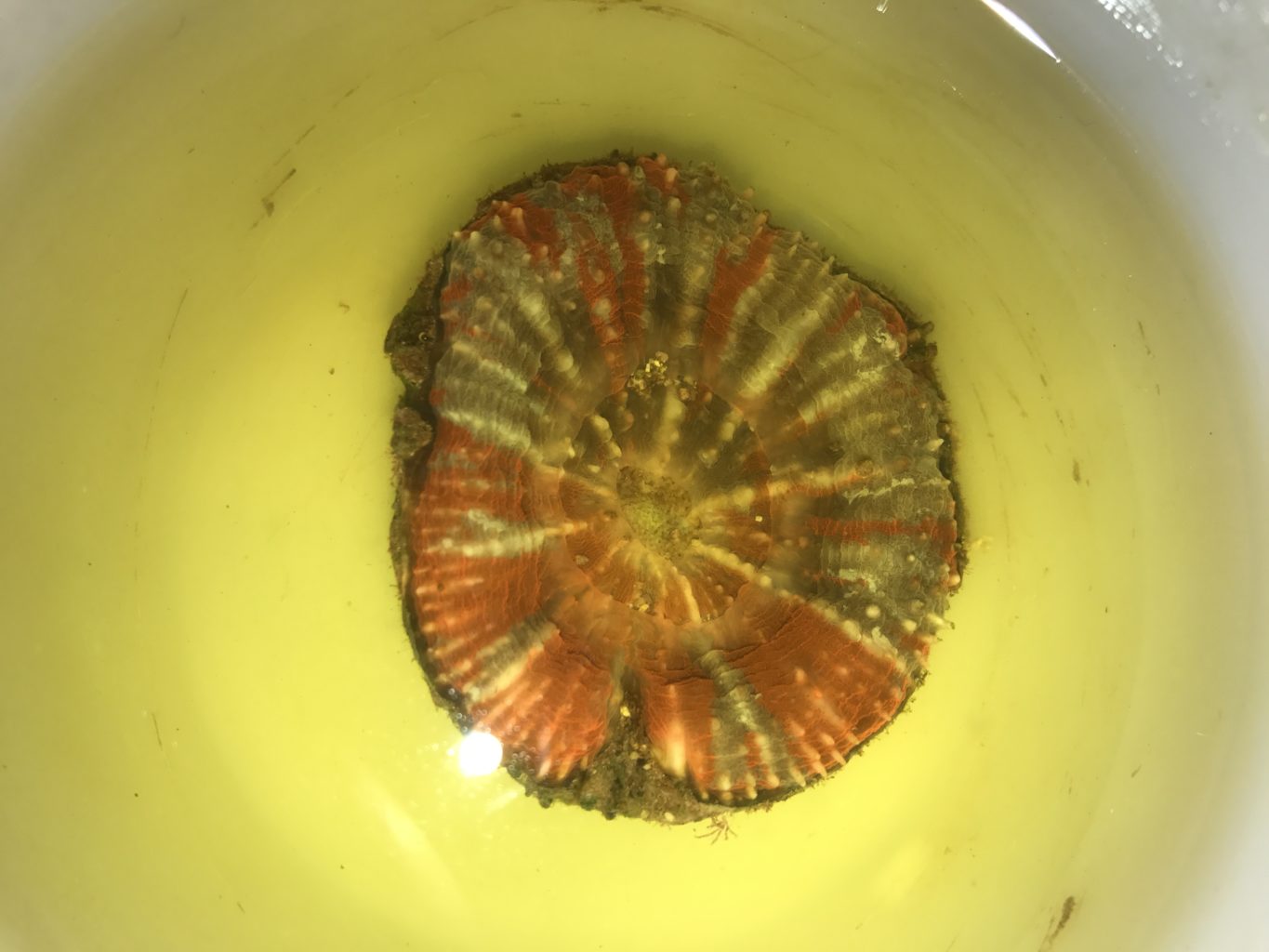 Already after the first dip, the coral looked better, the tissue was not so much absorbed. Take a look at how the coral has recovered during only two weeks: 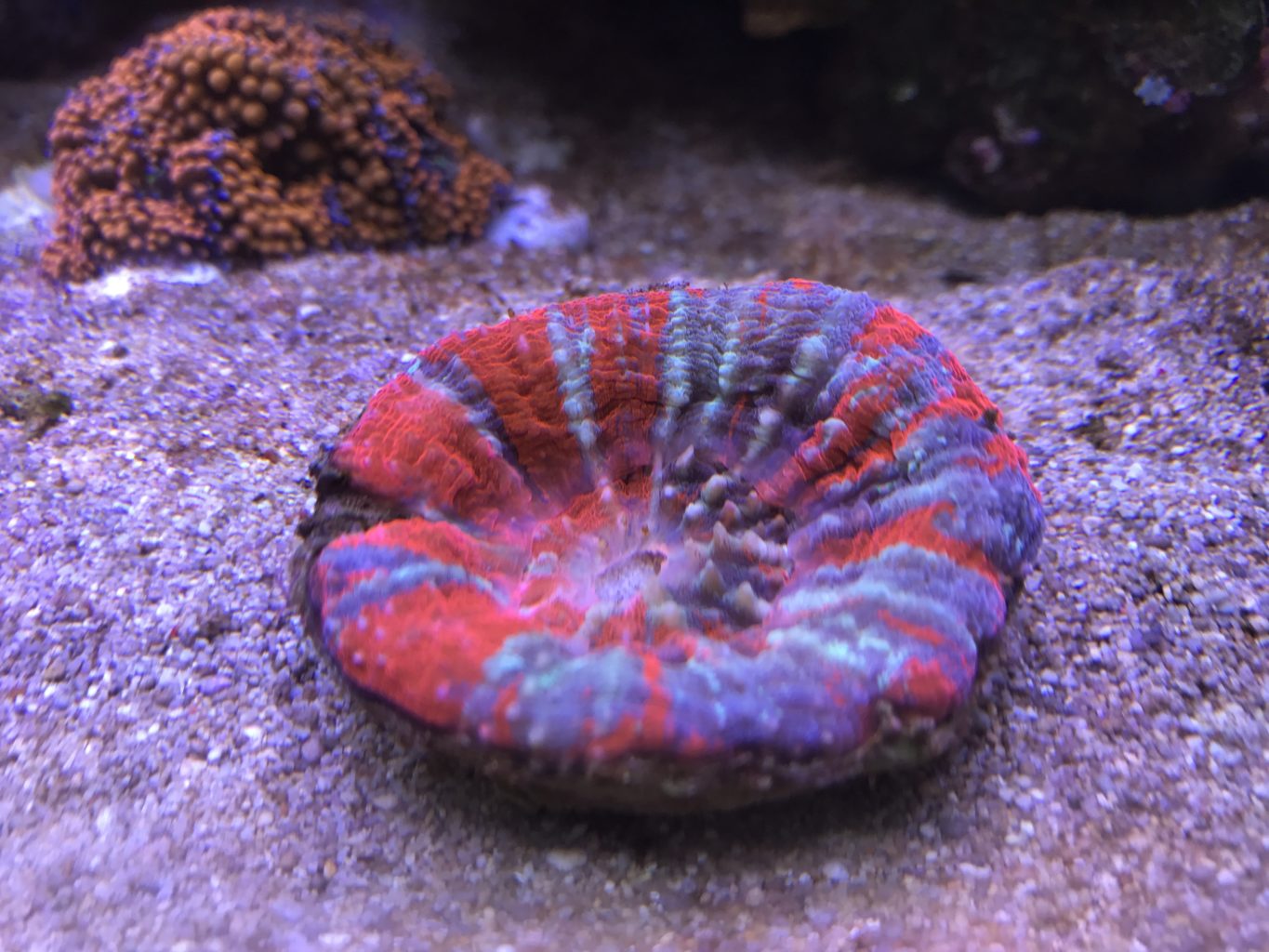 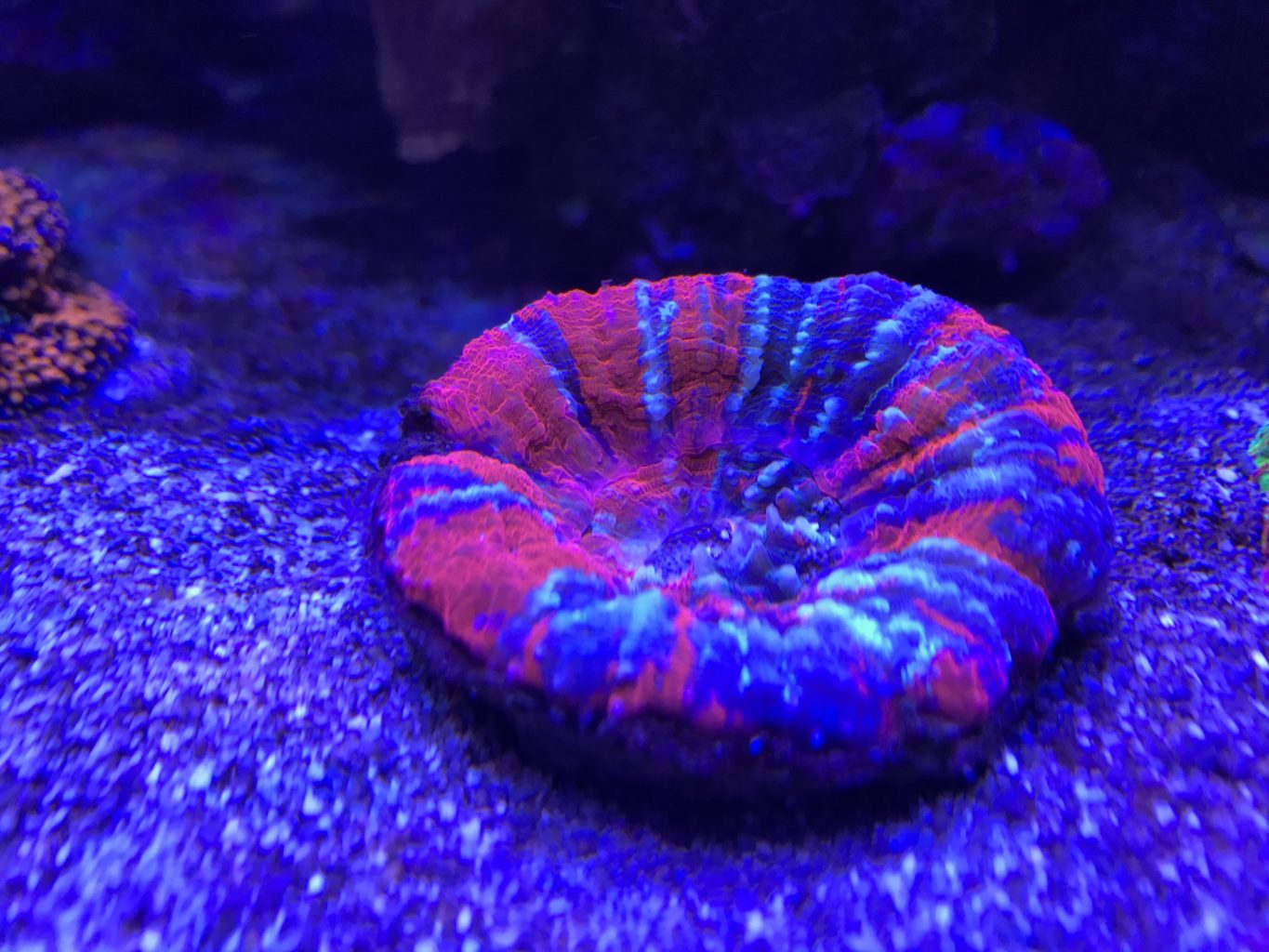 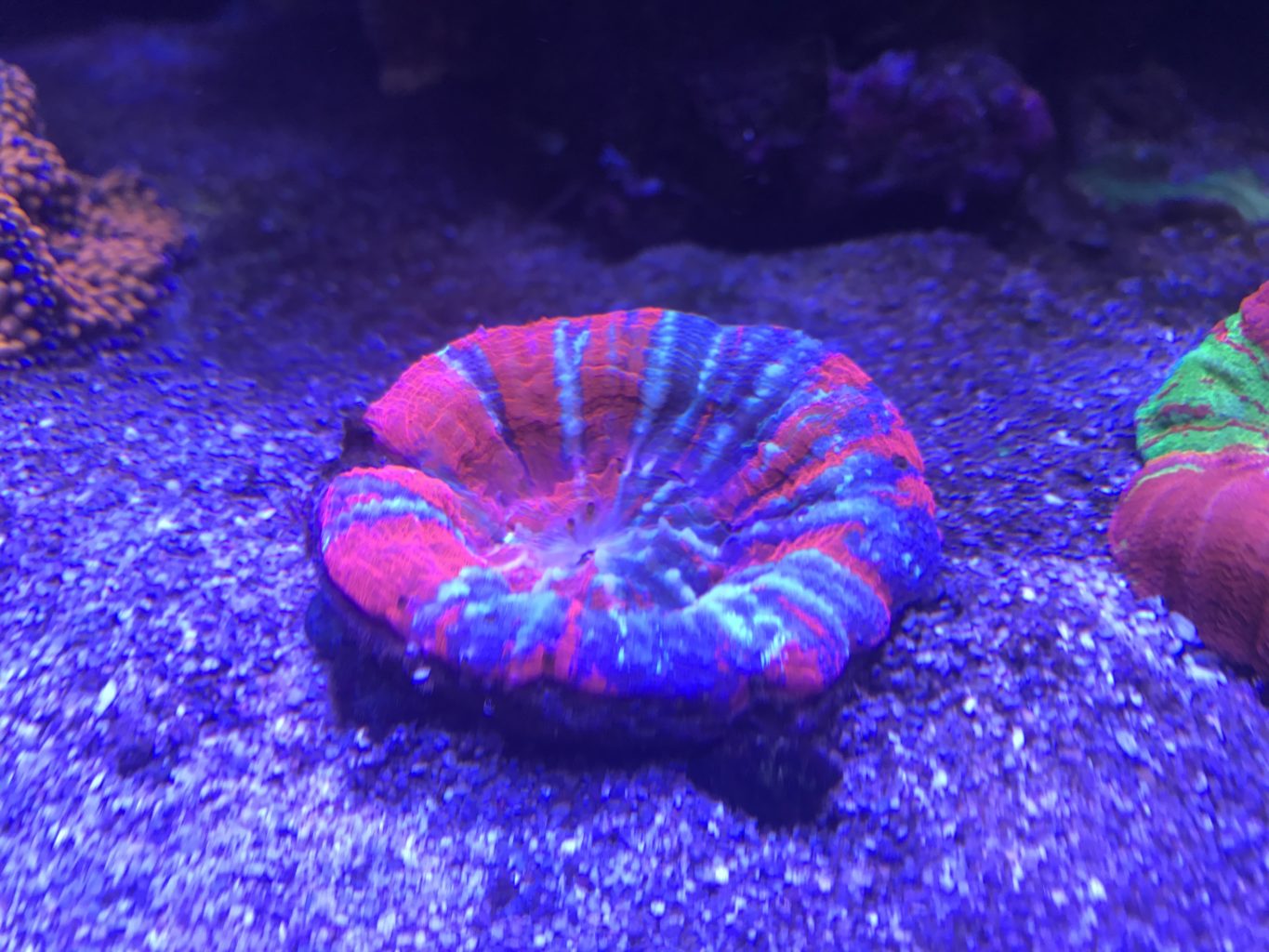 9 comments on “Tissue loss of LPS – Recovering with honey!”