Already since my first algae sump, I am a fan of the idea to breed algae specifically in my reef tank. At that time, I had an area in the sump to grow the macroalgae Chaetomorpha linum . For this, the sump had to be illuminated, for which I used an Aquasunspot of Aqua Medic. The aquarium generally ran significantly more stable and the algae did what they were meant to: reduce nitrate and phosphate. As a nice side effect, masses of zooplankton settled. The negative part: The sump, which is normally dark, was overgrewn within a very short time with calcareous algae, which also affected the technology.

I now decided for a Plug-and-play solution from Skimz, which is new on the market – you can buy it for example at whitecorals.com. A Standalone algea-reactor with an build-in LED and controllable pump. The Makroalgea Reactor MBR127 is good for reefs up to 400l. 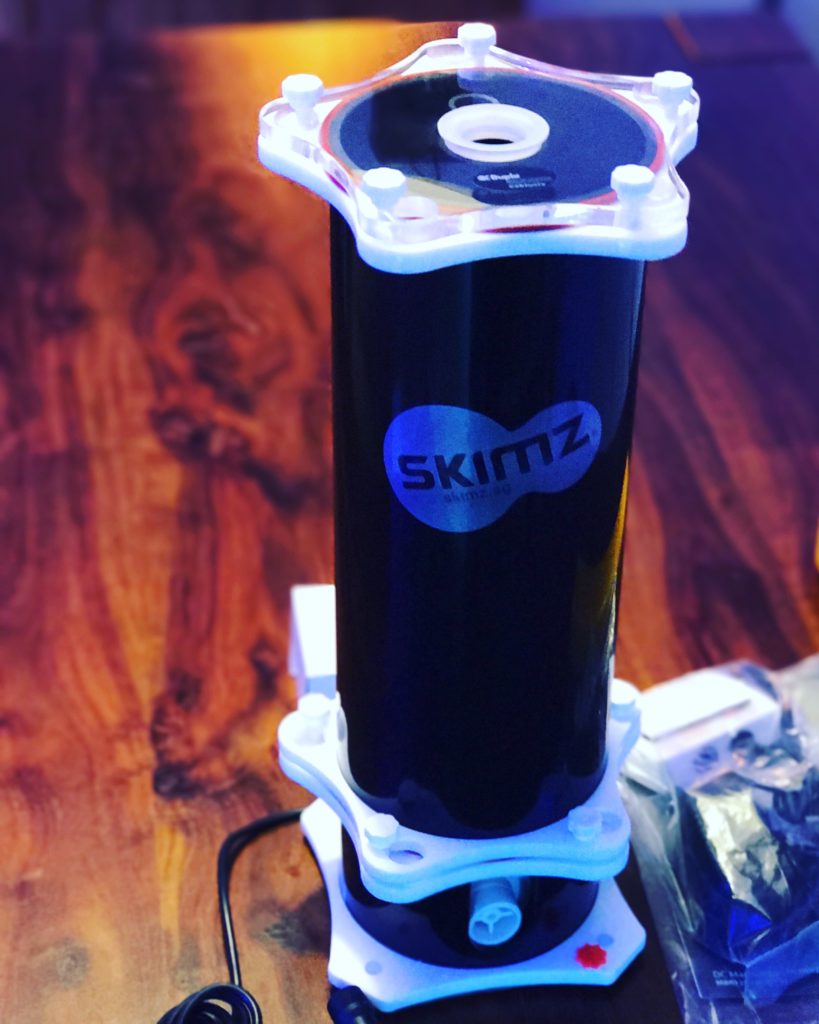 The energy consumption of the pump is max. 12W, but controllable. That is good because you can flush out the zooplancton from time to time, which is then available for fish & coral. The size of the filter is 175 x 176 x 410mm and there is also a larger version. 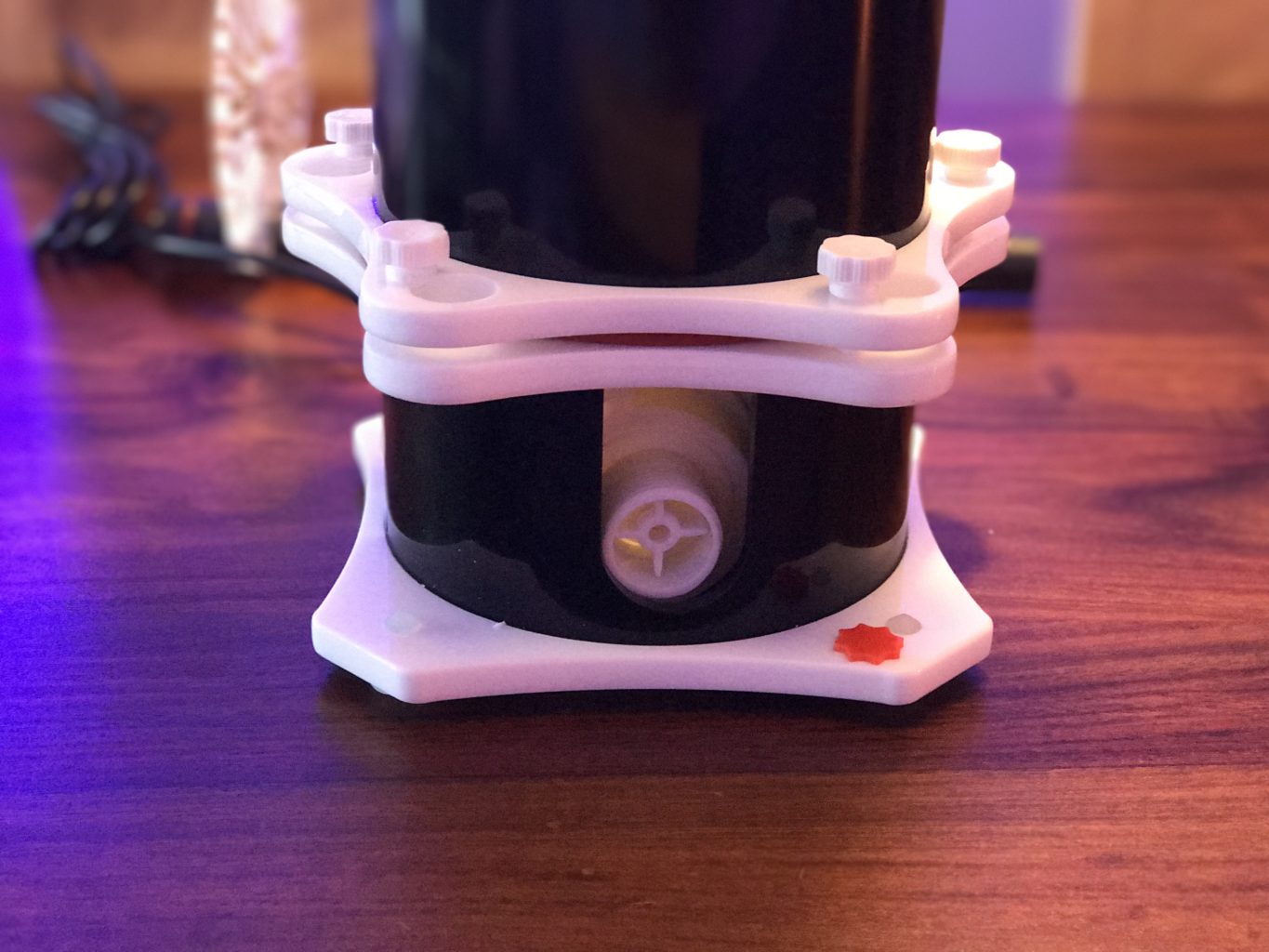 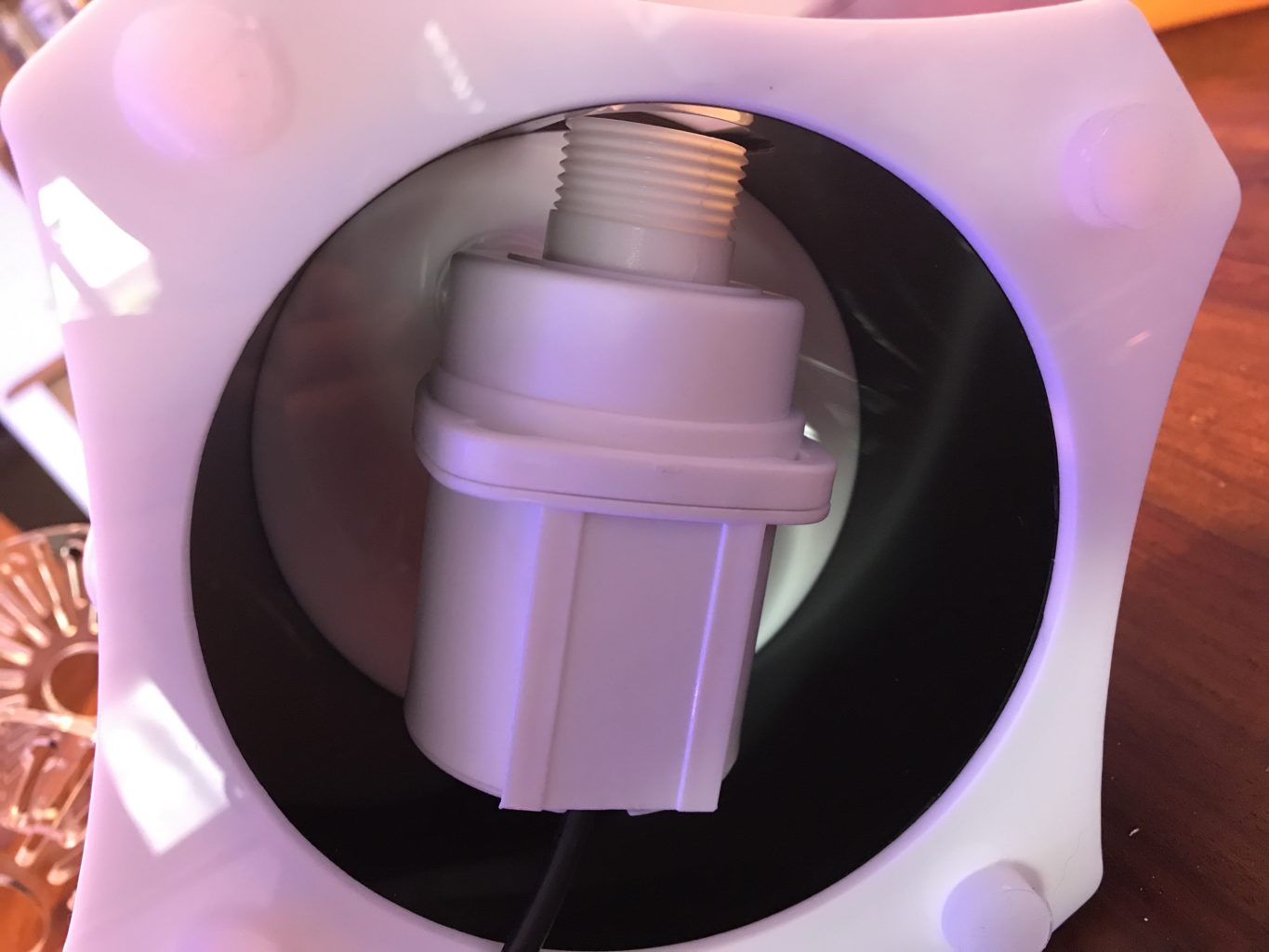 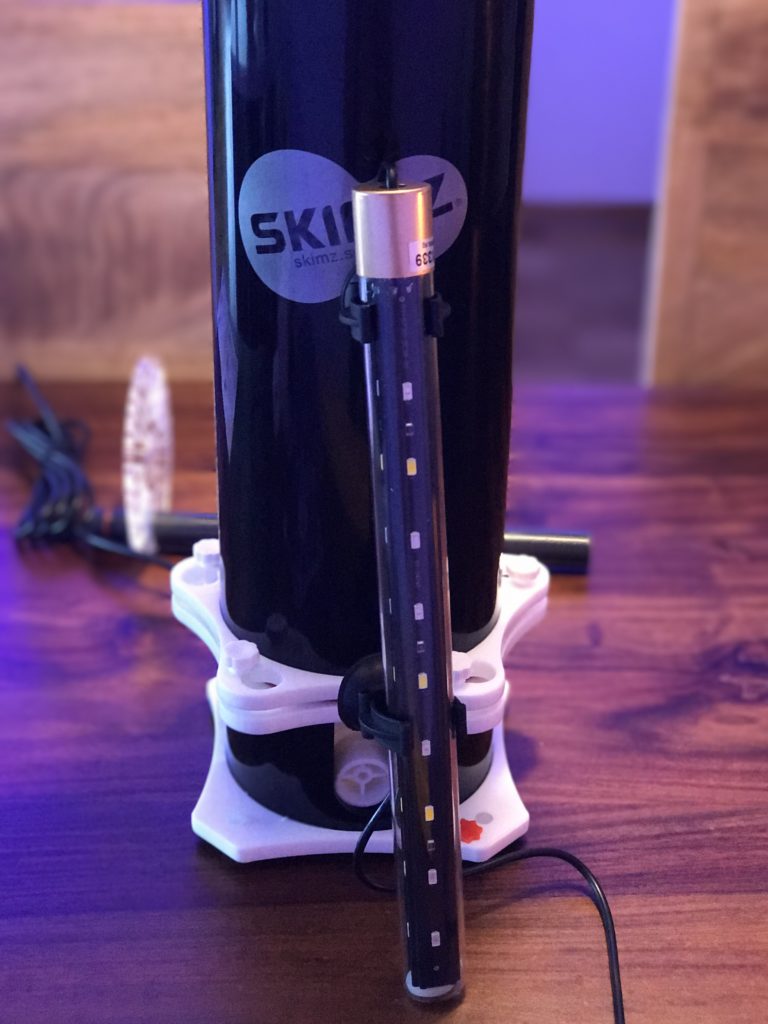 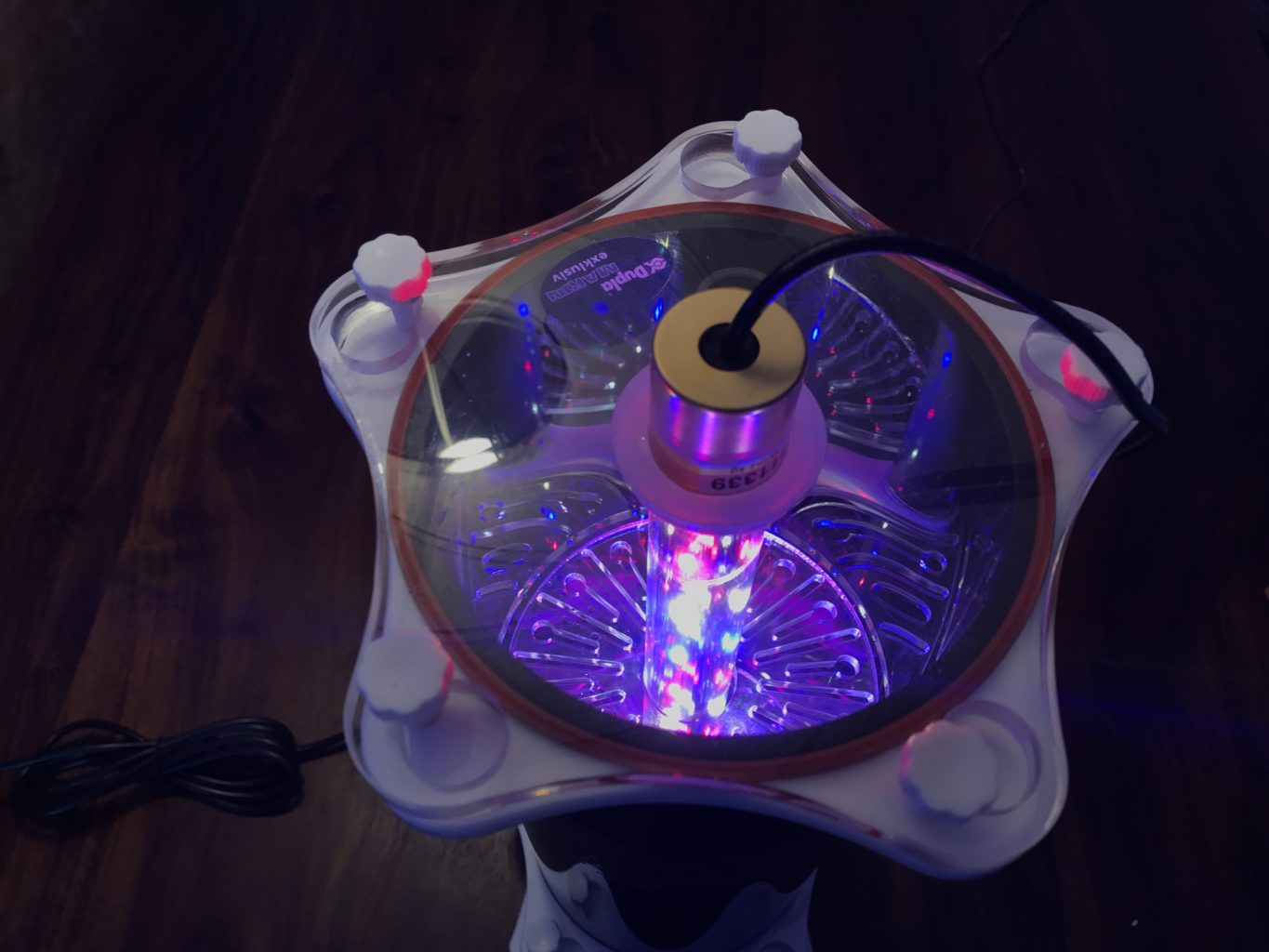 The algae reactor is directly placed in the filter sump and thus operates completely self-sufficient. The pump provides flow and is adjustable. 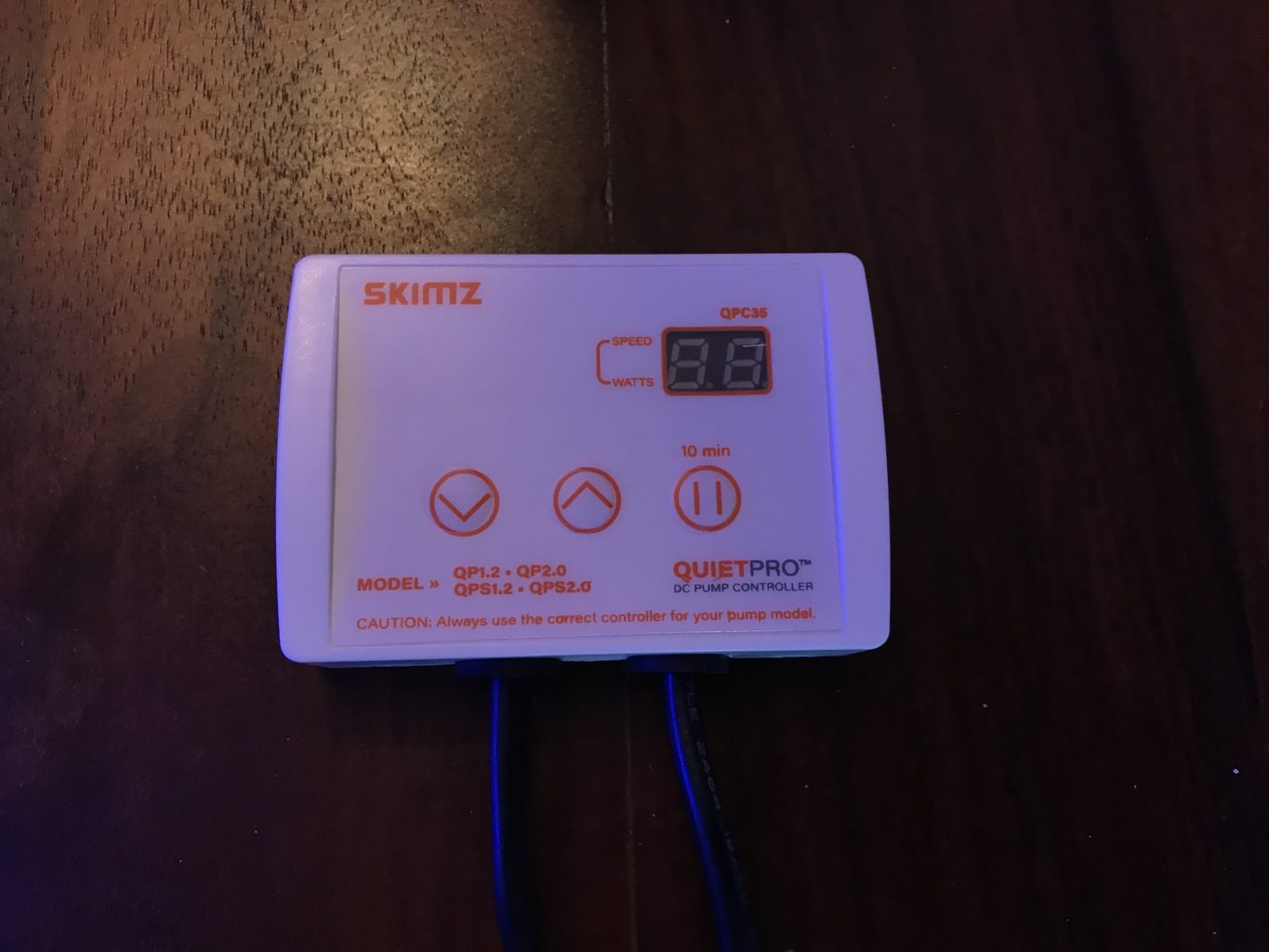 Now I’m waiting for a portion of macro algeas (Chaetomorpha linum). These grow very rapidly and can then be removed from the reactor in portions. Thus, nitrate and phosphate are naturally removed. Also I hope that mysis and copepods, which are a great feed for fish and corals, multiply rapidly.